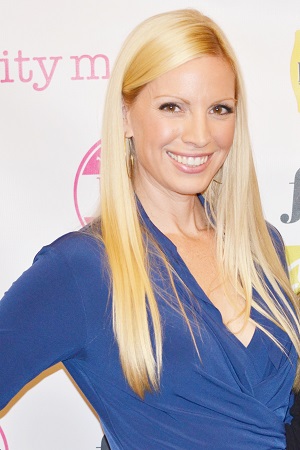 Liza Huber is an award-winning author, public speaker, wife, mother of 4, and the CEO & Founder of Sage Spoonfuls.

Sage Spoonfuls is an industry leader in children's mealtime products and is available at major retailers nationwide. Liza was recently featured in Forbes "Female Entrepreneurs Rocking the World" series.

Liza travels around the country speaking at parenting events on the benefits of fresh, homemade food for babies and children, including how to help prevent picky eating and food allergies. She is also an advocate for organic, green and non-toxic living. She helps to inform and inspire others to take action to create healthier, safer environments where children and families can flourish. Liza is a featured contributor for Project Nursery, Green Child Magazine and Big City Moms. She has been featured on Good Morning America, Good Day LA, The Insider, News12 Long Island and Martha Stewart Radio as well as in Parenting Magazine, Fit Pregnancy Magazine, The Bump and the NY Daily News. She has appeared on the covers of Green Child Magazine, Long Island Parent, Milieu Magazine and Networking Magazine.

Liza also speaks at national events designed to inspire and empower female entrepreneurs. She has been a featured speaker at Northeastern University, the National Association for Professional Women, Atlanta's Dare 2 Aspire Conference and was the keynote for the Town Of Hempstead's 2015 Pathfinder Awards.

Liza is active in the community and involved with numerous charitable organizations. She is a Parent Ambassador for Healthy Child Healthy World and has recently started working with Little Flower's Parent Youth Program. She is also a longtime supporter of the March of Dimes and United Cerebral Palsy of New York.

Liza and her husband Alex live in Massachusetts with their 4 wonderful children - Royce 14, Brendan 13, Hayden 10 and Mason 8.